Citizen Participation in the Public Transportation Policy Process: A Comparison of Detroit, Michigan, and Hamilton, Ontario

This paper provides a comparative analysis of citizen participatory mechanisms used within transit planning. This research focuses on two cities that institutionalized citizen participation through a Citizens Advisory Committee (CAC) in Detroit, Michigan, and a Citizens’ Jury (CJ) in Hamilton, Ontario. The paper analyzes their overall representativeness of the general population, their operation and level of ‘policy learning’ that occurs within their group, and their impact on subsequent transit policies. We find that these participatory mechanisms are generally regarded as important and useful by both the participants and the politicians that established them. In spite of this, the conclusion reached is that neither mechanism had a significant impact on transit policies. In both cases, the policy decisions were affected by a range of factors and particularly the local and regional political contexts. Indeed, it can be argued that both cities are plagued with regional divides which potentially no amount of citizen participation can solve. 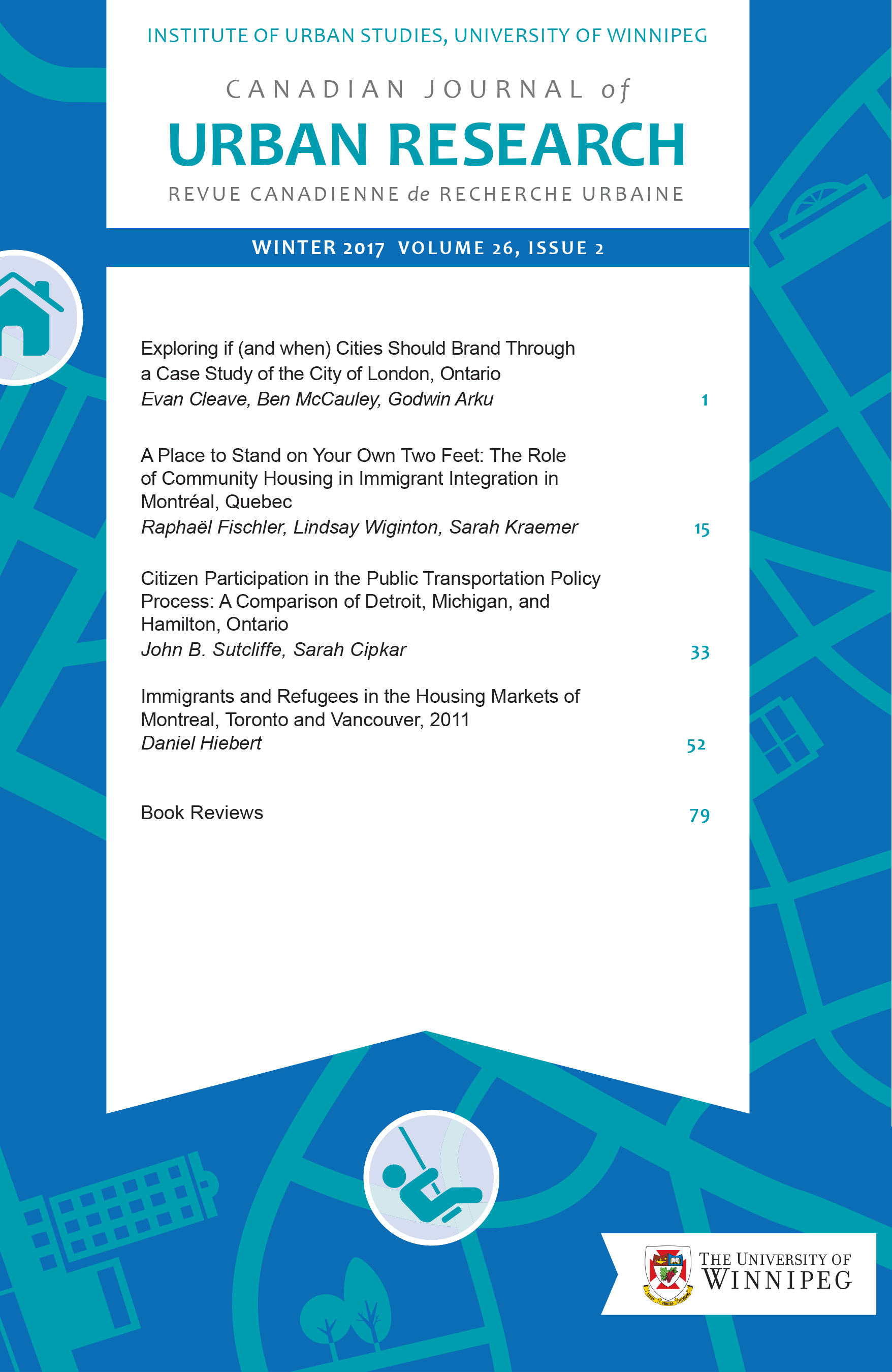