Municipal bylaws are routinely contested in court on the grounds that they are “ultra vires” or beyond the legal authority of the municipality. Many of these challenges allege that the municipal exercise of power infringes on federal or provincial powers as assigned by ss. 91 and 92 of the British North America Act, 1867. These conflicts have not been systematically studied and we address this lacuna by surveying the reported cases of municipal-federal and municipal-provincial conflicts in the LawSource database of Canadian judgments. Our preliminary finding—that challenges on federal grounds are much more likely to succeed than those on provincial grounds—requires an explanation. After factoring some disparities in the case sets (including a disproportionate number of zoning cases in the provincial context), we argue that the persistent difference in win-rates is due to a greater acceptance of municipal autonomy in the provincial context (despite their origins as “creatures of the province,” a number of provincial statutes have granted broad authority to many municipalities) whereas the federal conflicts run more clearly against constitutionally-defined interests. We conclude by considering this asymmetry and its significance for Canadian multi-level governance. 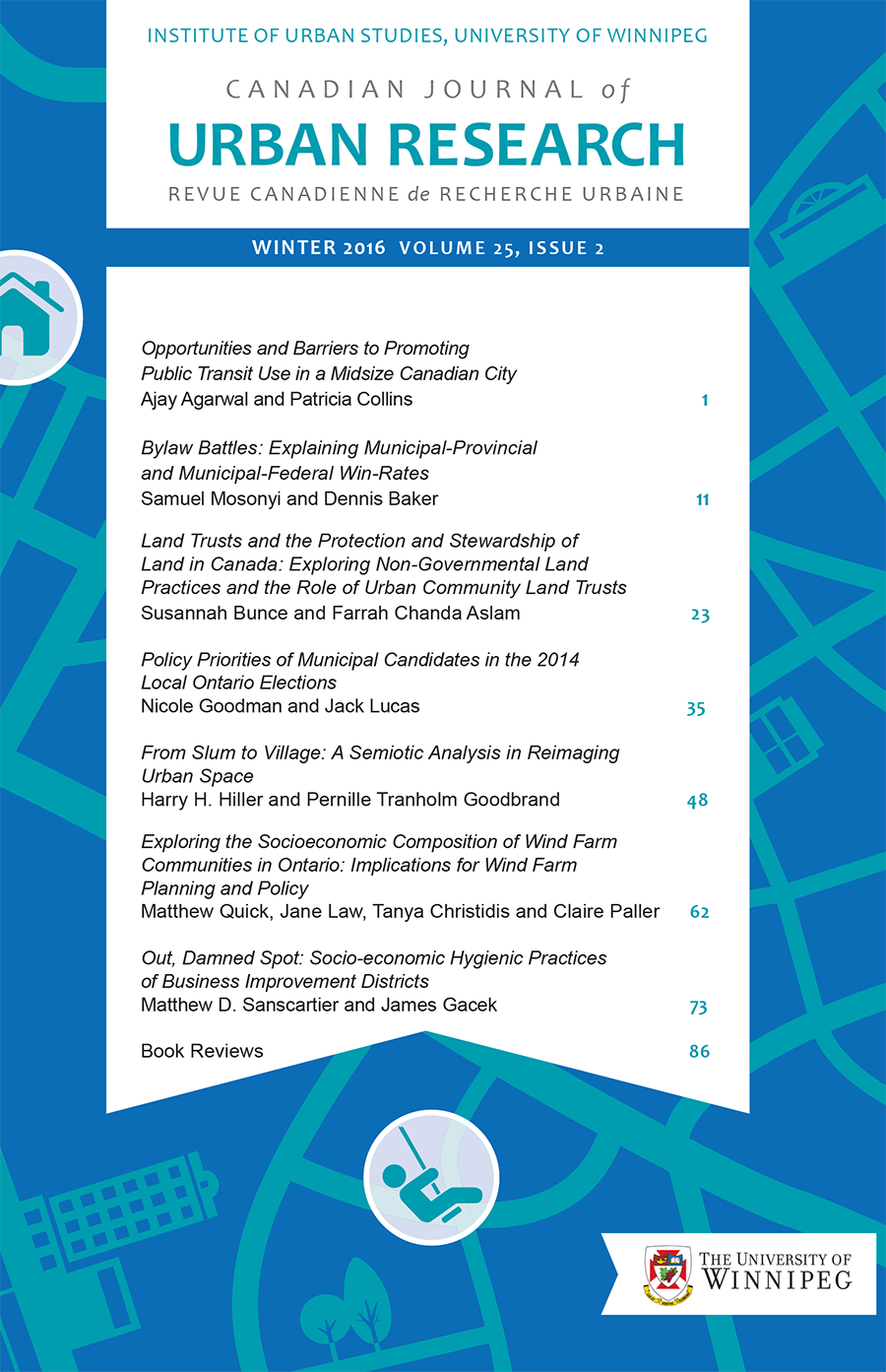